FACT: If you are not generating your own power, your business is in trouble.fact check this!

Let us remove the scare mongering from the equation in order to generate sales and just lay out the actuals. You can draw your own conclusions from the list below;

1.) Government has not procured a single megawatt of additional power
2.) South Africa needs an estimated 16 000MW of NEW generation capacity by 2030
3.) In theory Eskom has 46000MW of generation capacity. 11 000MW of this is consistently unavailable due to the age, maintenance backlogs and unreliability of this fleet. That leaves 35 000MW
4.) 5000W is usually off line due to planned maintenance, that leaves 30 000MW
5.) various other issues with the system take out about 2000MW more, leaving 28 000MW
6.) The IRP2019 plan means that Eskom is retiring 10 000MW over the next decade (bearing in mind that not a single MW has been procured by government and they are in no rush to push legislation through allowing this, DESPITE the crisis we are in).
7.) The ineptocrats in government who at best could not arrange party with free beer and are woefully under qualified for this (these are politicians after all, none of whom have run a successful business not involving tenders, never mind an entire country) want to push nuclear and new coal (remember how successful Medupi and Kusile are) which is a 10-15 year build in a country not subject to corruption and procurement self-enrichment disguised as BEE. That takes us 2031 if all goes well! So based on past experience, lets call it 20 years at best.
8.) Current maintenance on the existing fleet will take AT BEST 5 years to get up to speed. More likely 8 years in reality. This takes us to 2029 with one year to go before 10 000MW is retired and we need 16 000MW more! 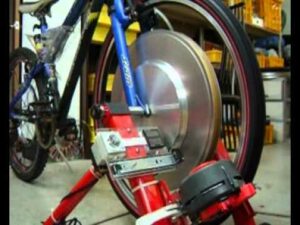 Given that even if coal and nuclear were an option, they would only be able to come on line 2036. The only generation that can come on line faster than that is renewables. IF government allowed you to feedback excess power into the grid, you could probably add 5000MW to the grid with very little effort.
There are also various solar farms waiting to add their ’10c’ as it were.

Government is standing in your way and if you do not take action now, you only have yourself to blame for the lack of power to your business and home.

Are we after new business? ABSOLUTELY. Check these facts and if you want an honest and metered assessment of your requirements, contact us at greengridprojectsrsa@gmail.com

The alternative are that there are some really good bicycle generation systems on the market. You can stay healthy and generate electricity, typing on your laptop whilst pedalling is challenging though.

South Africa needs 16,000MW of extra power, but not one MW has been procured