Situated in the East Rand, is Eskom’s 24/7/365 power management centre. This is where they can see what happens to power and when. The recent stage 4 load shedding was as close to stage 5 as we have come.
Of Eskom’s coal power fleet, 50% were either having maintenance done or had tripped. 25% of that fleet was ‘at risk’. even one more trip/failure would have taken us to stage 5.

The number of private and commercial institutions moving over to renewables (in theory) means that there should be gradually less and less pressure on the grid, so why is it that we find ourselves being exposed to more, and growing, load shedding?

The latest round of load shedding has seen another spike in the uptake of solar systems. companies can ill afford to have 4 hours of down time in a day, the cost of Eskom although expensive, pales when compared to the productivity a company loses because they have staff unable to work due to the lack of resources. Computers, printers, CAC machines, grinders, all the tools of production are reliant on electricity.

Many closed with Covid hitting hard, those that have survived that curve ball, are now battling the trials, woes and tribulations of another underperforming state entity.

The tedious, burdensome red tape and political unwillingness of the ineptocrats in government and their representative bodies (like NERSA) have delayed some relatively simple solutions to taking the burden off of generation. Government is ill-equipped and willing to resolve this, you will have to fix this on your own or you could wait for the government to fix it….. 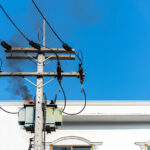