Gwede Mantashe: Why & where is the (political) will?

The world over governments are hampered by politicians who are in place due to the popular vote, rather than their knowledge and ability. As South Africa blunders from one power crisis to the next, heading this charge is our very own minister of mineral resources and energy.
For the last decade while Eskom has been in various stages of its death spiral, renewable energy has very much seen exponential growth and development. Had this been seized upon by a more adeptly qualified and able minister, we would have already been able to supplement our Eskom generation by letting existing systems ‘push back’ into the grid!
The solutions to our energy issues can be resolved fairly quickly, 5 years realistically, in the short term with political will. The knowledge and resources already exist in abundance, so why the onerous process of resolving a crisis that holds our very crippled economy by the thinnest of threads?

Is it behind the scenes where the elite and connected (Mahlobo rings a bell here) are brining in power ships to milk yet more money from the taxpayer. It has now come out that the shareholders are ANC stalwarts. It is also very obvious that this option is nowhere near competitive against developing a cheaper, better, efficient and way more cost effective option via renewables.
Environmentally, this is also a ‘no contest’.

We have made some very limited progress in that the afore mentioned minister has published new embedded generation regulations in which they propose lifting the threshold to 10MW from 1MW. A very small step in the right direction, possibly done to try and appease the masses with baby kissing propaganda. Voting season must be upon us.

It is time to take the toe out the water and dive in, just not near the power ship. 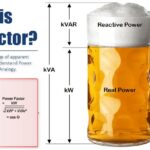 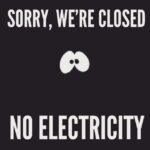 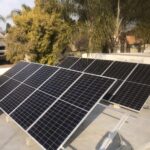