Why Eskom hides the facts from you

It is a fact that in every country in the world, dysfunctional, or not, the revenue collection service always seems to be well staffed and efficient. Why is the same standard not set for the other state institutions instead of using them (especially in South Africa) for dumping grounds for inept political cronies? The more these politically connected elite destroy the institution they touch, the faster they seem to climb the ‘corporate’ ladder and are never held accountable to the individual and institutional taxpayers, but rather, their political masters.

This is the same reason why Eskom cannot play open cards with their database. Renewables are SLOWLY eating away at this formerly monopolized industry. As industry and private households move over to predominantly solar and LiFePO4 batteries as a reliable source of energy, so the number of paying customers diminishes. Where Eskom to detail the extent of the state of the entire system (generation, distribution and transmission) the steady stream of households and businesses converting to renewables will fast become a torrent. This would hasten Eskom’s death spiral (which is inevitable as the institution is technically bankrupt and has been for years).

Despite many an institution not operating anywhere close to capacity due to Covid, we have had more load shedding in 2020 than any other time! Research that! fact check it! Give Ted Blom or Chris Yelland a call and get their opinions rather than rely on a random written word.

Recently a solar farm has come on line in South Africa. It took a few years to build and is already generating more electricity, more consistently than the infamous campaign and cadre money genrating Kusile and Medupi plants.

The reason Eskom will not divulge the truth is quite simply that if the stream of individuals and businesses that are converting become a torrent, they will battle to justify the ongoing moneypit of the ‘generation’ division of Eskom. There is still hope for transmission and distribution divisions of Eskom. This is why the current CEO is trying to expedite the splitting of Eskom into separate legal entities and also why the unions are opposing it vehemently. They all know that generation will become obsolete in the very near future along with the gravy train that it supplements.
Eskom know that they have to break these shackles in order to remain relevant. The coming 25% increase means that you are far better off converting to renewables, especially considering that a great many people now work from home. You cannot afford it will be the response
BUT
CAN YOU AFFORD NOT TO! 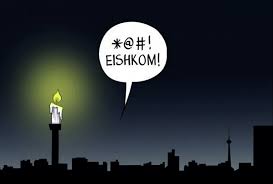